Share a memory
Obituary & Services
Tribute Wall
Read more about the life story of David and share your memory.

David was born on March 11, 1960 to the late Dan and Joan Marie (Lockwood) Reams in Marion, Ohio.

While in school in sports David also marched with the Marion Cadets Drum and Bugle Corps. David served our country in the United States Marine Corps. After David was honorably discharged from The Marine Corps he went to work for a Security Company that provided Security Officers at NASCAR Races, WWE Events, NFL football and College games, and rock concerts.

He worked for the storefront of Tubby’s Pizza for more than 20 years.  David will truly be missed by family and friends.

David was preceded in death by his parents and fiancée Kathy Bentley.

Friends and family may come to honor David's life on Sunday, December 18, 2022 from 2pm to 4pm at the Boyd Funeral Home.  A graveside service will be held on Monday, December 19, 2022 starting at 11am at the Marion Cemetery with Military Honors. In lieu of flowers, donations may be given in David’s memory to Forever United, a local veteran’s assistance organization.  Make donations payable to Forever United and can be sent to Boyd Funeral Home, 122 West Columbia Street, Marion, Ohio 43302.  The Boyd Funeral Home is honored to be serving the Reams family. 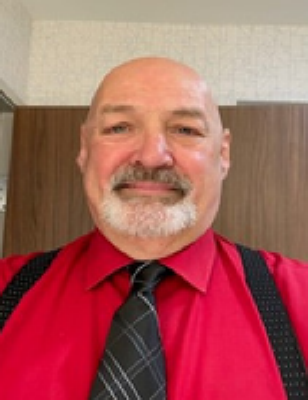